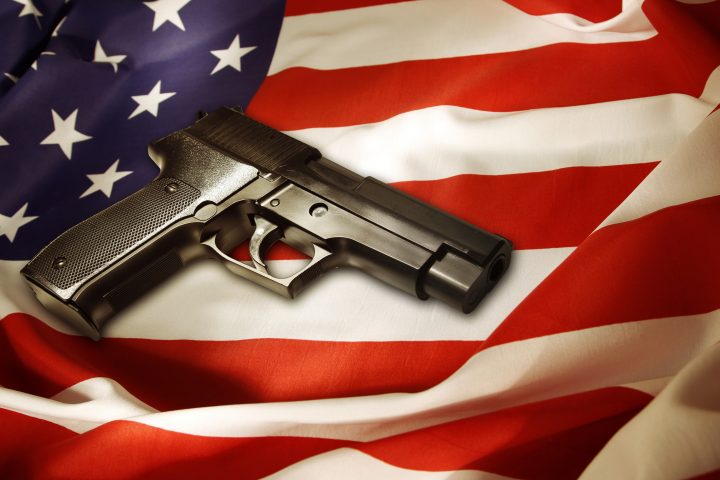 The 2nd Amendment of the US Constitution recognizes our natural right to keep and bear arms, and commands all levels of government to never infringe upon this right. Sadly, the #2A is under attack from all sides. We have come to expect that the vast majority of Democrats will lobby for gun control, and even for abolishing the 2nd Amendment. However, there is a disturbing trend among a growing number of Republicans to support these measures as well. When Republicans start calling for Universal Background Checks, “Red Flag” laws, and restrictions on the types of rifles, handguns, and ammunition we can purchase, then we truly are in perilous times. What part of “Shall not be Infringed” do these people not get!?

I am an adamant and “no nonsense” supporter of your gun rights. If elected, I will not give an inch to the gun grabbers, regardless of their political party affiliation. I was taught from a young age to always do the right thing, even when there are practical disadvantages for doing so. Sadly, many Republicans, who formerly proffered full support for our gun rights, have read the political “tea leaves” and figure they have to support some gun control measures if they expect to stay in office. My solemn promise to you is that while I will always listen to all of my constituents, I will always do the right thing and let the “chips fall where they may.” Principles Matter!

I vow to vote against “Red Flag” laws. These laws would disarm law abiding citizens without proof, beyond a reasonable doubt, that they are a risk to anyone. If an ex-lover or a nasty neighbor doesn’t like you, they could simply make false allegations that you are crazy and a risk to yourself or others. If the Judge believes them instead of you, then you are out of luck. And since this would be a civil matter, you would have no right to an attorney of you could not afford one.

I vow to vote against any Universal Background Check system. This would essentially eliminate Gun Shows and ALL private sales of firearms. This system isn’t just about screening buyers, but it would create a national or state database of all firearms and who owns them. The danger of that becomes apparent when the Government starts “Phase 2” of its plan – making some or all types of firearms illegal to own for everyone. The government then will know exactly what door to knock down when they come to confiscate your firearms.

I vow to vote against any restriction on the types of firearms and ammunition that are legal to be purchased. An AR-15 is a perfectly safe rifle that is responsibly used by millions of Americans. There is no reason to strip them of their gun rights due to the actions of a very few.

I vow to support legislation that would make more public spaces legal for carrying a weapon. There is no excuse why trained teachers should not be allowed to carry, and to be in a position to help in case of an incident. There is no reason why a UNCW student should be arrested for simply having a gun on campus.